This time last year we were presented with a design brief from a client to produce a Valentines window display for a London store in Oxford Street.

Originally, we were asked to produce a box frame with hearts hanging down from the top horizontal support. After discussing the concept with the client, we realised that the 3D nature of the design was most important alongside the fact the window display would be viewed from both sides so needed to be equally stunning. Therefore, we suggested using translucent poles instead of a box frame to make the hearts appear as if they were invisibly suspended in mid-air. The small hearts would be radiating from the main heart centre piece.

Other parts of the design included producing an LED lit slogan, which again would be viewed from both sides and the main heart was to be moulded to take on the appearance of a chocolate box. It too was to be LED lit. The slogan needed to be bold enough to stand out at the centre of the display.

In order to be symmetrical, the small hearts were cut on our laser machine and the large heart was cut on our CNC machine.

The final challenge of our design brief was that the whole display had to be able to be flat packed in order for it to be able to fit through a narrow doorway before being assembled in the desired window. 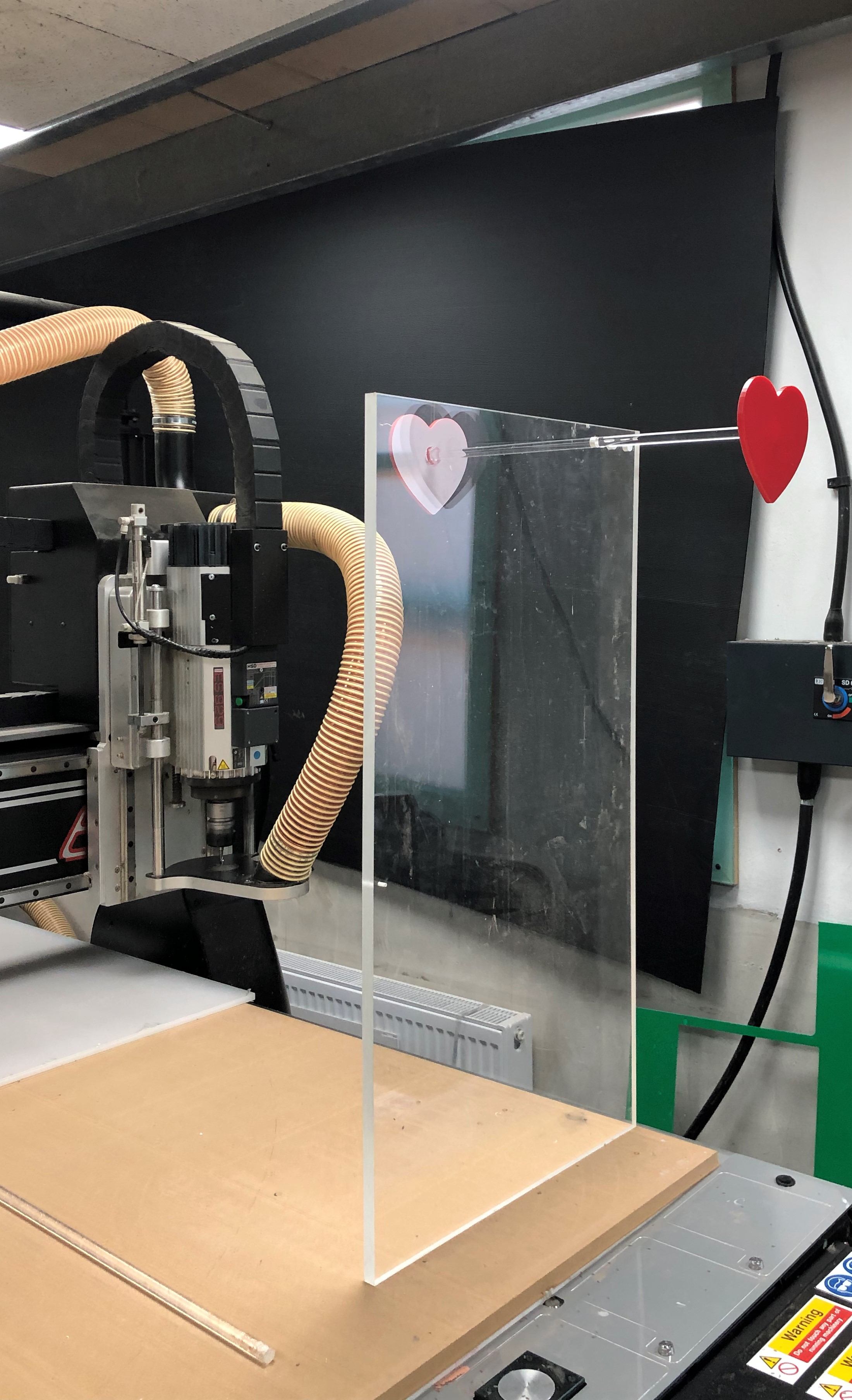 The start of the process

The components being put together

To find out more about the bespoke design and build service we offer click here: AbCreate | Bespoke Plastic Fabrication